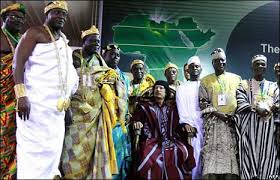 I just got online after an English discussion session with the Italian kids who’s family I’m living with. First thing I see? An unpalatable, bloody image of someone who looks eerily like Libya’s ousted dictator leader Colonel Muammar Gaddafi. Apparently, he’s been killed. And in his own hometown of Sirte too!

Now, with all the unrest going on across the Arab world, I can’t say the news is entirely surprising. Then again, after attending a recent lecture on Libya and finding out that some of the media reports aired/published on Libya’s unrest might have been concocted, I don’t know what to think anymore. Politics they say is a dirty game. Well international politics might need more than a scrubbing or two. One thing the lecturer, Professor Mezran said that really stood out was this: Until Gaddafi’s gone, Libya cannot move forward. As it turns out, that chapter in Libya’s history had to be closed and now that it has – or is beginning to? – what’s next?

If I were by any means an expert on Libya, or even a Libyan citizen, I would attempt to answer that. But I’m not. And in respect of how touchy the subject is (extreme emotions and opinions involved), I won’t even go that route. What’s next is still a relevant question though. In the context of Africa. During the Libya lecture, I asked Professor Mezran what the future of Africa would be with no Gaddafi. Would Libya still be involved? His response – most Libyans never sided with Gaddafi’s notions of Pan-Africanism to begin with, so here, my friends, is probably where Libya and “Africa” depart.

With Gaddafi’s demise, I can’t help but wonder: Who will be Africa’s mouth-piece? True, Gaddafi committed some terrible human rights injustices against his people (and maybe even beyond), and he did seem a bit cuckoo at times. But one thing I will hand to him: he stood up to the so-called powers that be. Regardless of whether he was in a room filled with reps from the West, or on a state visit to America or a European country, the dude spoke his mind. As to whether he acted on his statements is another conversation altogether.

Now, I already mentioned how limited my knowledge on Libya in general is. But I can definitely tell you about the sentiment that many Africans probably had for Gaddafi. He represented both heaven and hell. Heaven because he championed the African cause and did not bow in awe when in the presence of (mere human) Western leaders. (Although he conveniently looked the other way in some instances) Hell because, dammit, why does every outspoken African leader have to be a tad cuckoo? Seriously though, he represented the huge kink in African politics of leaders who overstay their welcome and quit making the people’s business their business…or so some say.

My facebook newsfeed is probably a good summation of what Ghanaians at least thought/think about Gaddafi. There are many photo postings of the late leader with – Jerry John Rawlings, African chiefs (see photo above), etc. – and statuses such as “Soldier to the end…I salute you”, “A sad day for Africa”, “Gaddafi the King of kings.” On the other hand there are statuses which say things like “The mighty have fallen”, “Democracy has returned to Africa” – Umm, allow me: REALLY?!!- and of course the musings: “Why do Africans celebrate the death of another African?”, and religious references: “Mark 8:36 What shall it profit a man if he gains the whole world and loses his soul?” Point is, Gaddafi’s influence went beyond Libya. It extended to all of Africa, and it was many and varied, just as you would expect of a controversial figure like Gaddafi.

Now, allow me to just insert here another thing Professor Mezran said: The West’s invasion of Libya is not because of oil. It’s because of what can be acquired as a result of the oil. Oil is the means to an end. Not an end in and of itself. In that case, I guess we Africans really need to sit up. Our natural/human resources are not ends in themselves. They should be means to an end (hopefully collective development.)

Which brings us back to the original question: What’s next for L’Afrique? Personally, I hope Africa’s leaders do a bit of musing themselves. Might I suggest some muse topics? Firstly, are you still in service of your people, or instead, in service of power? I’m sure there must be some sort of exhilaration that comes with being in power, why else would people be addicted to it? If the past year has been any indication, people are fed up. The global economic crisis and food crisis together was just too much and finally, the levees broke. Like they say, it could happen to you. So, to all would-be dictators, maybe you should think twice. Times have changed. Oh, how they have changed! Second question/topic: Are you an African leader worthy and willing enough to actually represent your people? Till election defeat come, at home and abroad, regardless of distractions along the way? Is there anyone who will at least speak Africa’s truth in global circles?…..That question is yet to be answered.

Good or bad, there’s a vacuum where Gaddafi was. He made a mark. Unfortunately, probably not the kind of mark that would warrant him a peaceful death among his people. With Gaddafi’s demise and the return of Africa to the global platform in terms of its promise for exploitation/investment (again, depends on how you look at it), we have once again come upon a crossroads in our common history as Africans. To be [insert adjective] or not to be [insert adjective]. That is the question. RIP Gaddafi.

Another Victory for a New Approach to War?: http://www.nytimes.com/2011/10/21/world/africa/qaddafis-death-is-latest-victory-for-new-us-approach-to-war.html?_r=1&ref=global-home

My 2020 Reflections: A Return to Essence