All too soon, we have come to the end of another opportunity to partake in the Holy Month of Ramadan. Pending the moon sighting, there are speculations that Eid-ul-Fitr (the festival celebrating the end of Ramadan) will take place on Friday, September 10 or Saturday, September 11. Either way, Alhamdulilahi, we’ve made it through another Ramadan and for that we should give thanks.
But that’s not the purpose of this post. I’ll do a recap on my Ramadan experience later. For this post I’d like to talk about the Pastor in Florida who in all his wisdom has decided to organize a “Burn a Qu’ran” Day: Rev. Terry Jones.
A Meeting of Significance: September 11, 2010
Yes, Mr. Jones is a pastor in a relatively small town in Florida, and yes, he only has a congregation of 50, but his actions, or rather his proclamations, bear a lot of weight. Why? Because he has chosen two ‘things’ that are important to not just tens or hundreds, but millions of people: the date September 11 and the Holy Quran.
Now, since the day I accepted the event invitation to participate in Ramadan via Facebook, I have been a bit anxious about the fact that this year, the end of Ramadan and it’s festival Eid-ul-Fitr could possibly fall on September 11. Normally there shouldn’t be too much irony in the fact that on any given day, some people are celebrating while others are grieving. It happens every day. But in the case of America, Muslims, and 9/11, it’s a different story altogether. Precisely because most of America blames Muslims for the 9/11 attacks. Actually, let me not be presumptive. A good number of Americans blame the 9/11 attacks on Muslims and their religion Islam. Forget the fact that many Americans are Muslims. Or even the fact that many Muslims died that day in the twin towers. Oh, and even the fact that Muslim groups around the world condemned those attacks, along with other religious groups. As far as the limited human mind and emotions can tell, someone needs to be held responsible for those attacks and the attendant pain and loss, and as luck would have it, that someone is now Islam and the world’s entire Muslim population.

Suspect Tendencies: The Beginnings of Fanaticism
Now, back to Mr. Smart Guy. I really and seriously think that when all this is over, he needs to undergo some psychiatric testing. For real. I’m not saying that because I’m Muslim and think he’s crazy, but out of genuine concern for him. If someone who purports to be a leader, and a religious leader at that, can come up with a plan that not only disrespects another religious group and people, but his very own American citizens and even Christians themselves (Jesus is regarded as a prophet in Islam and his teachings, his miracles, his sayings can be found in the Holy Quran too!), then I fear for what this person is teaching his congregation of 50 and anybody else he might come into contact with. Some people were born to be teachers, and others really should stay away from the profession altogether, because they only add confusion to an already confused world.
The irony of this whole situation is the fact that Rev. Terry Jones is personifying the exact type of fanaticism that led to the September 11 attacks. His actions correspond with the findings of a study conducted by the Gallup poll and recorded in the film “Inside Islam: What a Billion Muslims Really Think” on the mannerisms and reasoning behind terrorists and religious fanatics. They have deep seated insecurities or issues, feel they are not given an outlet, wait for a prime opportunity, and launch what they consider to be a ‘Holy War’. That’s exactly what Rev. Jones is doing, and unfortunately, he has the benefit of an already incensed American community concerning the proposed Ground Zero Mosque to propel his campaign to new heights. One of my friends commented that the media is helping this guy make his intentions more widespread. Yes, that’s true. But at this point, that doesn’t mean we should just shut it. Once the word is put across, a seed of thought will grow, and goodness knows how many people are already falling right under that plot and agreeing with this guy’s nonsense. As Albert Einstein says: “Any intelligent fool can make things bigger and more complex….It takes a touch of genius – and a lot of courage to move in the opposite direction.”

A Question of Human Values
And really, keeping quiet, ignoring the situation and hoping it will go away is an absolutely wrong move to take. I was reading a Facebook thread earlier, and a Ghanaian commentator said that Osama Bin Laden killed many innocents and Muslims should stop making a big deal about this whole issue because “you can get more copies of the Qu’ran everywhere”. Tell me, how different is the U.S. from Ghana? In Ghana we have multiple religious groups living together, and while it’s been relatively calm, there are those tensions there although many conveniently ignore it. You see, these things can happen anywhere, and unless we learn to share and tell about our respective religions, ignorance will take full flight into deep seated prejudice. Anyway, my response to her was that Osama is not representative of all Muslims. Additionally, I personally don’t think the 9/11 attacks would have been pulled off without an insider within the U.S. system. She responds that I’m a “true” Muslim (and pray tell me what that means because every time I encounter it, I wonder!) and for the sake of not repeating myself, here’s what I said:

“This really isn’t about being “a true Muslim”. It’s about being emphatic about human values. Regardless of whether its the Qu’ran, the Bible, the Torah or any other sacred text or symbol, I wouldn’t stand by and watch without saying anything. People are killed every day for different reasons, unfortunately religion is one of the most frequent because man – as always – thinks to be so wise to know how and what God Almighty will judge as good or otherwise. Where we really should be concerned is nipping the small things in the bud before they become large scale violent back and forths between two or more entities. You need to look at the bigger picture here. Most Muslims don’t feel responsible for 911 and are already protesting against it. It’s a small group of fanatics who are being used as a representation of all Muslims. Now, you have this confused and – I’m sorry to say – plain foolish man setting up this Burn a Qu’ran campaign, and you’re not targetting the fanatic few. You’re targeting the entire population of Muslims. Non-Muslims might not understand it, but the Quran is a sacred text. Not just a book. Anyone can write a book. But a book that essentially sums up the totality of human existence and even the hereafter. A book that many believe to be the Word of God. Some people will simply speak out against it, others might take a different – perhaps not the most rationale, but what they believe to be just – route. That’s what we should be afraid of. This small incident can escalate. And God help us all should that happen.” 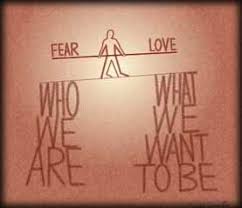 Love or Fear-Sponsored Action?
So what to do about the situation? I don’t believe in violence, so no, Muslims should not launch a counter attack. Doing so would be verifying the already misguided notions about Islam. I mean, don’t people get that this religion is not just about peace, but actually means peace? Yes, “Islam” means “Peace” in Arabic. That’s the same reason why the best greeting in Islam is “Assalamu Alaikum” or “Salam”(the equivalent of “Shalom” in Christianity/Judaism) for short – “Peace be unto you”. Anyway, I sidetracked a bit there. But as I was saying, I don’t think Muslims should go and burn any Bibles, any churches or any other Christian relic. And no, Muslims shouldn’t attack fellow Christians even if they can or so want to ‘protect’ the virtue of Islam. I don’t think God needs anyone to fight for His honor. He should be able to handle that Himself being the All-Powerful that He is. What I imagine (in all humility) He might want though, is for us to put all the things we’ve learned from the Qu’ran about tolerance, forgiving and peace to practice. Besides, how can you just finish the Holy Month of Ramadan and launch right into violence? That makes no sense.
There goes the saying that “one fears what one does not understand”. And I truly believe that. People are reacting because they are afraid, they don’t understand, and you know how we humans hate to not be in control. So, what we can and need to do is teach tolerance, teach understanding, and learn about one another. That’s the only way we’re all going to make it through the religious strife in the world. And yes, it’s hard. God, it’s hard. Because even with our own accepted friends from different and even the same religious group, we have such bias against them, you’d wonder whether we actually understand what the basis of friendship is.

Proposition: Get-To-Know-A-Muslim Day
One Muslim group is planning to distribute replacement Qu’rans to counter the “Burn a Qu’ran Day” event. Here’s what I would like to propose for September 11 and beyond. Take a moment, to learn something about Islam. I’m not saying embark on a self-conversion campaign. No. Neither am I trying to convert you. I don’t believe in that. What I believe in is sharing – information, our experiences, our thoughts, our hopes, and our fears. Just take a moment to actually talk to that Muslim friend in your class, your neighborhood, the Hausa waakye seller by the street whose shito you love so much. Just talk to them, ask them what their religion means to them, what they like the most about it, what they don’t like about it, how it makes life’s trials any easier or harder. Never seen a Qu’ran before? Go find one or ask a Muslim friend to show you one. Don’t know any Muslims? No problem, I’m Muslim, leave a comment or email me your question. Or just do a Google search to find out what real Muslims – and not the misconstrued prototype of a Muslim portrayed in the media – think, do and say.


I’m gonna take a guess that the responses won’t be so outer worldly as we assume. Educate yourself, for heaven and all our sakes. Otherwise someone else will be more than happy to educate you. At the end of the day, we are all human – Muslim, Christian, Jew, Buddhist, all of us. So ultimately, we can learn a thing or two from one another because like it or not, we are on this journey called life together! And one final request: pray for humanity. In whatever language, creed, religious establishment you affiliate yourself with, pray for us – for peace, for tolerance, and for the wisdom to choose our battles wisely. Eid Mubarak in advance to my Muslim brothers and sisters, condolences to my American friends and to everyone, I wish you a peaceful and safe weekend. Salam!
Photo 1, Photo 2, Photo 3, Photo 4, Photo 5

First Look: This Is What Happens When MOD Teams Up With A Modest Fashion Blogger